Posted in 9 September 2021
Posted in News, The world of photography 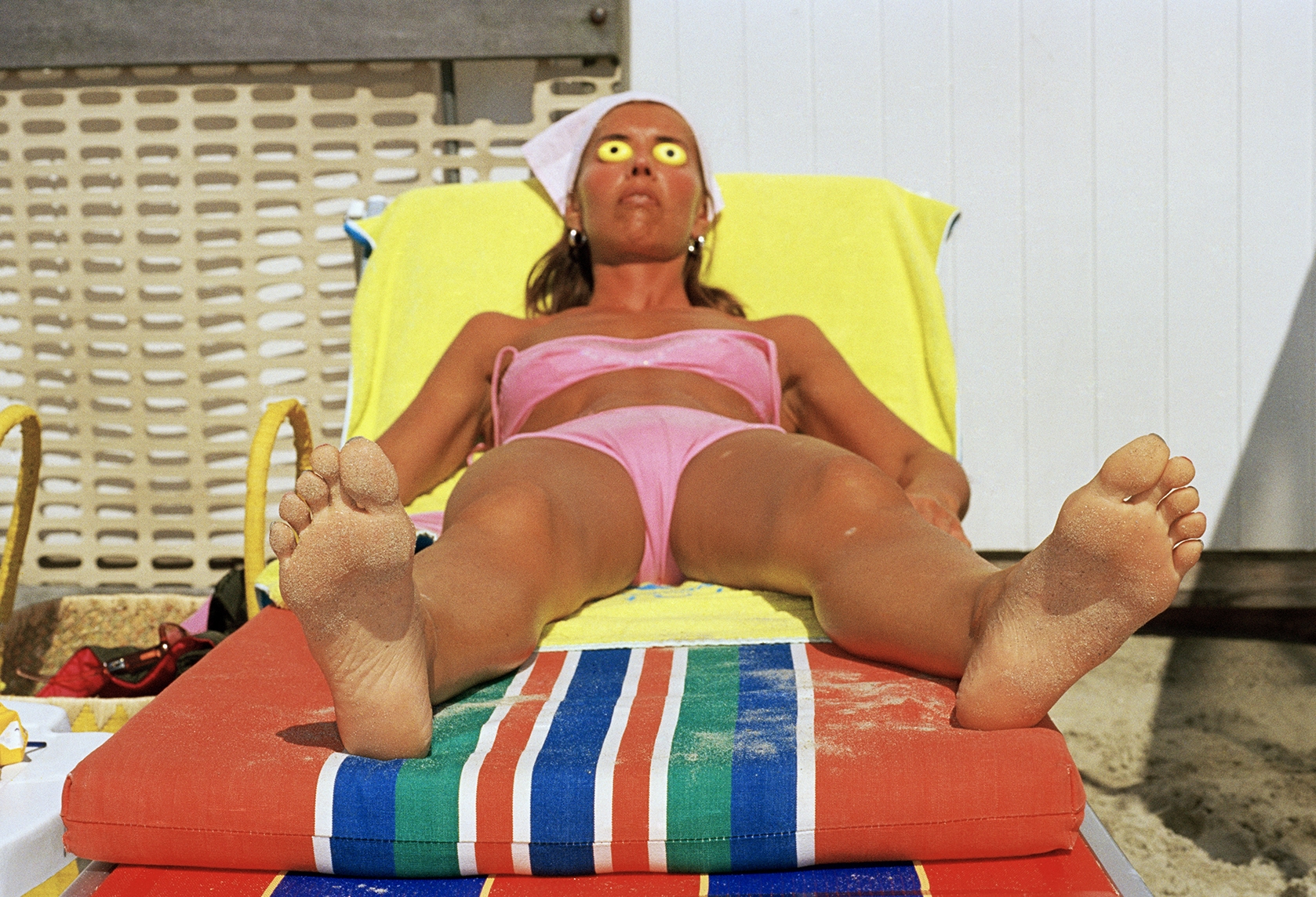 A year and a half later than planned, Martin Parr’s moment has finally arrived.
The exhibition will open to the public from 25th September to 12th December 2021 at the Granai di Villa Mimbelli in Livorno. It took determination not to give up on this event threatened by the pandemic but in the end the Carlo Laviosa Foundation and the municipality of the Comune di Livorno made it happen.

Recognised as being one of the world’s greatest contemporary photographers, Martin Parr (born in 1952) gives us a very non-conformist view of an extremely conformist world.
For over forty years he has been photographically probing the social transformations of his native England and extending his gaze across a globalised planet Earth. Witness to the socio-cultural divisions of the Thatcher era, to the rise of mass tourism, the arrival of industrialised food, the standardisation of behaviours and lifestyles, Martin Parr tells a tale through a critical eye and with caustic irony without ever placing himself above the system yet denouncing the weaknesses to which he himself is party.
And perhaps it is feeling he is part of a world which in its crudest representation touches on the sarcastic and the grotesque, that is at the heart of Parr’s critical, public and commercial success.

He has often been the subject of his own photos, not sparing himself the self-irony which in Autoportraits makes him the central figure of compositions not so far removed from a National Populist style that we might encounter in certain homes, especially of the older generation, where the souvenir is displayed amongst objects of disparate origins: family keepsakes, street-market trinkets, religious icons bought from places of worship, floral offerings and inevitably, photographs.

In the 90s, Parr became part of the prestigious agency Magnum, founded in 1947 by Robert Capa, Henri Cartier-Bresson and David Seymour, to mention but a few of the renowned names who joined it to defend photographers’ rights.

Known for its journalistic approach to photography, seen in the rigorous black and white photographs taken by generations of great photographers, the agency may not appear to be the ideal bedfellow for an artist who has made saturated colour, daylight flash and digital photography his signature.

The contradiction only becomes apparent because Martin Parr is the witness of a society who happens to be totally at ease within this artefact, in the plastic-like foods, in the unnatural hues.

He is the reporter of a world which has replaced landscape with representation, reality with dreams, a world which celebrates the synthetic and is ready to breathe packaged air.

Parr, witness of his time, is a natural associate of the tradition of photo-journalism with something more, often absent in the work of great photo-journalists, distinguishing him as both the observer and the observed, behind and in front of the lens at the same time.

“Apocalyptic” and “integrated”, judge and accused, Parr brings together the weaknesses of contemporary society while recognising the good of scientific development, all served with a generous dose of humour combined with the humility that comes from his impression that he is part of an episode of the “Truman Show”, at once amused and horrified.

Parr’s subjects do not tell tales of war, nor of mass migration or natural disaster; the classic photo-reporter subjects between eye-witness testimonial and artistic expression.

He is the chronicler of a vision in which the ordinary, everyday object and trivia bring social classes together, exalted in free-time and evident in the clichés that consumerism imposes, signs of a humanity dressed up in often vulgar, ridiculous adornments; a humanity which has created a caricature of itself, revealing itself in summer nudity on beaches which well before clothes, relieves us of our modesty.

“Life’s a beach”, or might one say “Life’s a bitch”, exploding in the summertime, bodies strewn in positions which would be unthinkable indoors or during working hours.

“Life in underwear” allows for strangeness, awakening the secrets silenced by clothing, transforming them into ostentation and posturing endowed with an array of adornments: hats, glasses, bandanas, sarongs, makeup and coloured drinks, all symbolising free-time as a moment where we lose our sense of self-control and of what is reasonable.

If photography mirrors reality, the exhibition “Life’s a Beach” finds its missing piece of the mosaic in Livorno, or better still, its missing image, for it is in summer that the “anarchic” spirit of our city is aroused.

I have often observed the summer shift in the bodies of the people of Livorno: the hips slant forward 15°, the feet are positioned at 10 to 2 and don’t walk but drag across the rocks or the Lido concrete.

Bumping into acquaintances, well before saying hello the first thing we say to one another is, “have you been for a dip?” I answered “no” – once. In my interlocutor’s face I could see a mix of astonishment and consternation; they uttered a heartfelt and pained “oh, what did you do, then?”. I haven’t done it since. Now I always say “yes”.

And so it seems to me that the encounter between Martin Parr and Livorno could be the start of an explosive fusion as the city for so many months of the year becomes a seaside resort, in the vein of the colourful digressions of “Martin’s beaches” possessing the ability to show itself off while observing itself, to be both on stage and in the stalls, text and critique, actor and spectator, a double role arising from a quantity of self-irony rarely seen in certain other latitudes. The irony of those who understand “life’s a bitch”. The people of Livorno are all a little bit Martin Parr.